I can say with some pride that the re-enacted assassination attempt in KILLING REAGAN is some of the best cinema I have ever been involved with. That's due to the work of the cinematographer Marvin Rush, the stunt coordinator Jennifer Badger, and impeccable costume design by Kimberly Adams. Then, of course, there was Kyle More's perfect performance as Hinckley.

Of course, we had footage from the attempt at our disposal. But we only had it from one angle. Part of the fun of the research was determining what it looked like from Reagan's point of view and from within the scrum that brought Hinckley down.

He got off six shots! Four bullets hit human beings. All that secret service - a bunch of good guys with guns - could not stop the bad guy with a gun. 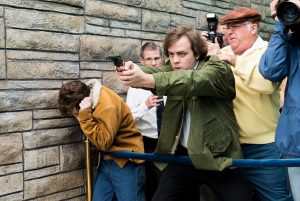 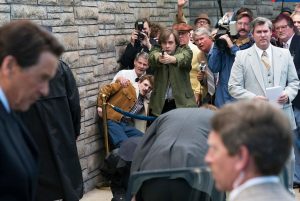